Your Quick Guide to The Webby Awards 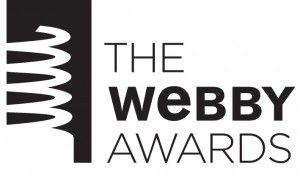 Celebrating its 20th anniversary this year, the Webby Awards was created to applaud the excellence, the bizarre, and the contagious world of the Internet. Before you dismiss this as another silly, meaningless recognition, think again: there is an entire category devoted to Advertising & Media in the digital world alone, providing an unofficial platform for viral work in digital advertising.

What is it: The Webby Award is an international award for Internet gold, started in 1996 by the International Academy of Digital Arts and Sciences (IADAS).

What wins a Webby: The Webby Awards honor achievement in 5 categories:

Notable Winners: You may have heard of a few of these.

Not only is this a chance for those who aspire to Internet infamy to prove their work worthy, it’s also becoming a platform for advertisers to showcase successful campaigns and capitalize on brand recognition. If digital is your game, take some inspiration from a Webby winner; if the Internet says it’s great, it must be true.