What would you do if you knew your teenage son or daughter was sending nude photos of themselves to teens of the opposite sex? What if those photos were posted to Snapchat or Instagram?

If you’re like me, you would be absolutely furious and enraged.

But this is happening each and every day in small towns, large cities, public schools, private schools, and yes, even Christian schools.

You think you raise your children right, teaching them right from wrong, but once they get a smartphone and social media in their hands… well, sometimes what you teach them fades into the background in favor of acceptance and validation.

Four years ago I wrote an article about how withholding social media from your children does not make you a bad parent. I thought it was time to revisit the topic of children/teens and social media.

My oldest daughter is 13. She has Snapchat and Instagram. However, we set the passwords and she has to leave her phone available for us to check it spontaneously whenever we want. That was the deal. I can log in to her social accounts on my phone and see what’s going on. So far, so good.

However not all parents are vigilant like that. They give their kids smartphones and let them open social media accounts and never take a second look. Many of the girls in my daughter’s seventh grade class have ‘Finstas’. Not familiar with Finstas? They are fake Instagram accounts where they hide their identities and post horrible, derogatory things about their classmates – or posts that are inappropriate for their public-facing accounts. They are selective in who they let follow them because of what they post. And their parents have no clue.

Snapchat isn’t any better. I will say the majority of what they do is send daily streak snaps to keep days-long streaks going with their friends. Many of these are a blank screen with the word ‘streaks’. However, what gets sent via group snaps and individual snaps cannot be seen by the general public. That is where a lot of this takes place.

Why is all of this happening? Why are kids acting like wild college kids on social media? To put it simply – they have parents that are not checking behind them. They are not being held accountable to their actions. Parents want them to fit in so badly, that they let them do what they want on social media with no recourse.

Do they realize that some of things they post can get them suspended from school? Or hurt their chances of getting into college? Or even a job?

Why is that? Parents are not educating themselves and their kids about the dangers of social media. My daughters are out of luck there. With a mom who owns a digital marketing company and a dad that is a Prosecuting Attorney for the state… let’s just say their every move is watched.

According an article from the New York Times last year titled The Secret Social Media Lives of Teenagers, “Even though 86 percent of teens say they’ve received general advice around online use from their parents, researchers at Common Sense Media found that 30 percent of teens who are online believe their parents know “a little” or “nothing” about what social media apps and sites they use. And yet, teens still say that their parents have the biggest influence on determining what is appropriate and inappropriate online.”

If parents would take the time to educate themselves on social media and the potential danger it can bring, most of what’s going on with children and teens on social media wouldn’t be happening. Parents are not being vigilant enough. These are our precious children and we should protect – and educate – them as long as we can.

Being vigilant may look like we are being nosy or being a helicopter parent, but if we are not monitoring their social actions, no one is. Here are five reasons you need to vigilant:

A study from Common Sense Media found teenagers (ages 13-18) use an average of nine hours of entertainment media per day and that tweens (ages 8-12) use an average of six hours a day, not including time spent using media for school or homework.

The world is a scarier place now than when we were all kids in the 70’s, 80’s, or even the early 90’s. The amount of information and the immediacy of communication at their fingertips is outright frightening.

But if we as parents are vigilant about our children and their technology – checking their text messages, checking their social accounts (that means logging in, not looking at what’s public), we can help our children navigate this and make it a more positive experience.

What are your thoughts/experience with this? 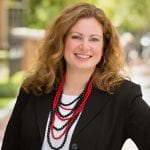 Mandy Edwards is the founder of ME Marketing Services, a marketing company specializing in digital & social media marketing located in Statesboro, Georgia. A proud graduate of the Terry College of Business at the University of Georgia she has a thorough marketing background of 17+ years. In the fall you can find her along with her family at Sanford Stadium cheering on their beloved Georgia Bulldogs. Mandy has been mentioned in Forbes, named to the Statesboro Herald’s Top 20 under 40, has been ranked as a Top 100 Social Media Power Influencer by StatSocial and is a Sprout Social All-Star Elite. In 2016 she was recognized as a member of the University of Georgia’s top 40 Under 40 Alumni. 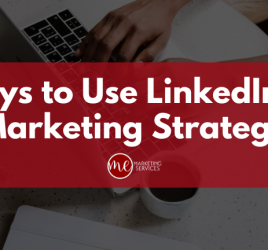