Hashtags: The Value Beyond the Symbol 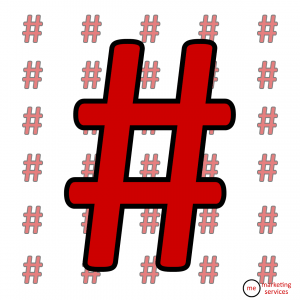 Hashtags. You know – these things: # # #.  A few years ago, no one really put much thought into them, but now they are everywhere and becoming more mainstream every day. Twitter users find hashtag usage to be common and acceptable. News came out recently saying Facebook may soon experience the symbol as well. Without the 140-character limit of a tweet, we may all soon experience the dreaded #hashtagsthatrunonforeverandmakenosensetoanyone. The value beyond the symbol is going to vary, based on how people use it. Let’s get the word out right away that hashtags should not be abused.

Before discussing the value behind the symbol, it is probably a good idea to define the hashtag’s function. According to Wikipedia, Hashtags are mostly used as unmoderated ad-hoc discussion forums; any combination of characters led by a hash sign is a hashtag… In other words, a hashtag is used to create a meaning for certain letters or words, thus making it easy for people to follow, have conversations, and participate in discussions within certain parameters.

Use Hashtags With Intent

The value of hashtags lies in how they are ultimately used. People constantly create and use new phrases on social media channels. Common hashtag uses currently include gathering groups of people for online events such as Twitter chats or online conferences and webinars. When used this way, they help conversations flow and stay on track at the same time. In these cases, the hashtag’s value is revealed by the number of participants. Savvy marketers are starting to recognize the increasing value beyond the symbol as their potential customers use hashtags in their purchasing decisions.

Customers Are Catching On

Jennifer Beese reports interesting findings about consumer behavior related to hashtag use in her recent article for Sprout Social.  The results come from a study based on a 500-person analysis by digital ad agency, RadiumOne. Their numbers reveal a lot: “about 42 percent of the study’s respondents click on a hashtag to explore new content, 25 percent use the hashtag in their own posts (if meaningful), and a little over 18 percent go directly to the person or brand that tweeted it.”

Hashtags: marketers need to believe there is value beyond the symbol. When it comes to their prospective customers, the hashtag represents the key to more business opportunities. How are you using them?