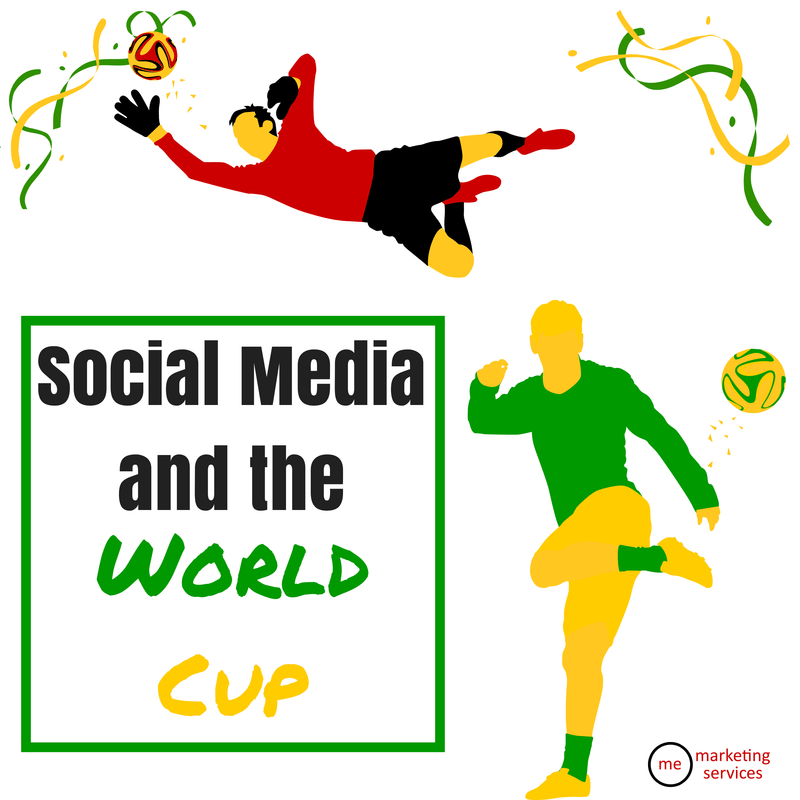 Over the past few years, social media has changed the way people look at sports.

Instead of watching sports channels, people have turned to social media sites like Twitter and Facebook to catch up on scores, interact with fans and share their opinions. The social media buzz around the FIFA World Cup is no different. Even if you aren’t a soccer fan, or even a sports fan, it’s hard to miss the hype around the World Cup.

Example: Eighteen million people watched ESPN’s live telecast of the United States versus Portugal game making it the most watched World Cup game in U.S. history. Google even made a reference to undeniable truth that employees aren’t paying attention to work when the World Cup is on. Their Doodle on Monday June 23rd showed a group of letter fans watching the world cup and switching back to a business chart when their boss walked by.

Social media is proving to be a source of digital marketing for the World Cup that has never been experienced before. FIFA has created an Instagram account, and thirty-three different Twitter accounts for the teams. Fans are connected in ways they never have been before and people are using World Cup related hashtags on Instagram, Twitter and Facebook.

People aren’t the only ones taking advantage of social media when it comes to the World Cup. The tournament is also a great way for companies to get their brand out there, creating brand awareness and recognition.

Coca-Cola is one of the companies using the World Cup and social media to create brand awareness. Coca-Cola has taken an interactive approach and created a webpage off their main website geared towards the World Cup.

Fans can go and vote on the best goal, listen to Coca-Cola’s World Cup anthem and check out articles related to World Cup happenings. Coca-Cola has also created the “Happiness Flag” where people from around the world submit photos and are a part of a physical and digital flag.  The “Happiness Flag” touches on the emotional side of consumers and makes them feel like they are part of something bigger than themselves. To promote the “Happiness Flag” Coca-Cola has created a Youtube video in many different languages. Coca-Cola is one company using the World Cup to promote their brand image around the world and interact with fans via social media.

The social media buzz around the World Cup is only going to get bigger between now and the final game on July 13th. Social media has forever changed the way people look at sports and companies will continue to take advantage of the global phenomenon that is the 2014 World Cup.

Have you used social media for World Cup coverage?