Even Social Media Pros Screw Up

This may be one of the shortest blog articles I’ve ever written, however sometimes you do not need a lot of words to get your message across.

Despite all of the articles we write advising others about what to post and not to post, we fall prey to our emotions sometimes and mess up online. On our personal accounts.

To make a long story short, I had a situation concerning one of my children’s afterschool activities and something happened that I perceived as unfair and was handled totally the wrong way (my opinion). Knowing I couldn’t rant on Facebook about it specifically, no matter how badly I wanted to, I put together what I thought was a well-crafted vanilla post about the matter seeking advice from my fellow moms on Facebook. Of course my husband (who sometimes is this redhead’s voice of reason) told me, when he read it, that I shouldn’t have posted it. He didn’t read it the way I intended it to be read.

Fast forward to many likes and comments (none negative towards the situation) later, I’m asked by one to delete the post and another (who was one of my closest friends) unfollowed (not unfriended) me on Facebook. It didn’t matter how well-thought out I thought the post was or even the fact no person or activity was tagged or named, looking back, my husband was right – I shouldn’t have posted it.

See, even the social media pros mess up personally at times. I thought that I had aired my opinion very calmly and quite generically, but apparently I was wrong. We all fall prey to our emotions at time and post things without thinking them 100% through. We may think we’re posting something okay, but that’s not how others will see it. That is what I failed to take into account.

Since then (it was in the Spring), I’ve hardly posted anything other than pictures and silly links, rarely typing out what I really want to. I’ve censored myself online. It got me to thinking… if everyone was 100% honest and posted what they really thought on social media, what kind of place would Facebook (or really any other platform) be? People can be so fake online, but when one is completely themselves and honest, well, let’s just say no one wants to see that in their feed.

So what’s the lesson then? Don’t post anything anywhere when you are not completely calm. If you’re upset, aggravated, pissed off, sleep on it before taking to the internet. Had I done that, I wouldn’t be kicking myself every day. The friendship that was hurt has not recovered – we’ve talked about it and still talk if we see each other, but something in that friendship was lost. And I regret that everyday.

We’re all human. We’re going to mess up. The key is knowing what to do next to overcome it. 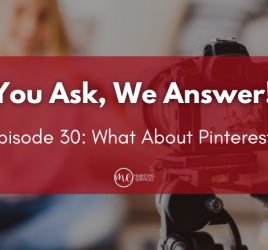