It is the age of the internet, and the face of marketing is shifting. Many firms are weighted heavily towards its usage as a business tool, fearing being left behind by the changing landscape of their trade. There are also those that believe offline marketing still holds supreme, and the physical nature of it sets it above the detachment of the internet. The truth lies somewhere in the middle: a common ground shared by both. Let us consider the following case-studies, and what we can learn from them:

1) Know your Target-Market:
The Marketing – Imagine setting-off from the office after a hard day’s work. You’re tired, and the last thing on your mind is heading to your local supermarket to do the shopping. As you step onto the platform at the train station, you spot the billboard: Designed to imitate a supermarket shopping aisle, each item on the 2D shelf bears a ‘code’. Scanning these with your phone drops them into an online shopping-basket, which you can then have dispatched to your home. (Peapod’s QR code grocery stores are located in Chicago’s State and Lake Station Tunnel).

The Theory – QR, or quick-response, codes are a relatively new phenomenon in the West. They are a form of bar-code, generally designed for scanning with a camera or smart-phone. When photographed and decoded using a free ‘app’, they can serve a number of functions, not least, directing the user to web-pages, displaying images and text or, as seen above, to do the shopping.

The Lesson – Targeted advertising remains an effective tool, especially when combined with the convenience offered by technology, and the internet.

2) Engaging your Audience:
The Marketing – Popular amongst teenagers and young people, Ohio-founded grunge/rock band ‘Nine Inch Nails’ (abbreviated NiN) are well-known for marketing ingenuity. Fans discovered a number of USB-pen-drives taped to the walls of bathrooms at the venues. The memory-sticks contained mysterious files; apparently corrupted and blurred images and unknown NiN songs. This generated discussion, and eventually, fans deciphered a strange ‘alternate reality’ story, written by the band in the run-up to their next album release.

The Theory – Sales of the band’s music rocketed all thanks to, at its most basic level, a memory-stick in a bathroom, and a healthy dose of human curiosity. NiN exploited an obvious overlap in their fanbase: that their music appeals to young people, and that young people today often have a highly technological skillset, given the world that they’ve grown-up in.

The Lesson – Involving consumers with some kind of activity makes them feel respected, as opposed to being treated like cattle. It leaves them with a positive industry experience, which then influences their decisions when it comes to sales.

3) Keeping it Relevant:
The Marketing – You’re in Maine, the United States. You’ve just bought a pizza, and you pop the box open, to find a message printed on the inside. It’s from the Salvation Army, simply stating that the message was free, and that the money they’ve saved by not spending millions on an ad campaign allows them to feed the homeless. This was followed by their website.  Similar messages could be found scrawled on blackboards outside cafés, and scratched-onto the cardboard sleeves of coffee-cups across the city.

The Theory – The Salvation Army relies on the good-will of people. They therefore took their advertising to small businesses across Portland, asking to display their message for free. It would seem that they were vindicated, as a great number complied. The unexpected short message, followed by the website prompts curious readers to check online for more information, and potentially donate to the group.

The Lesson – Keep your marketing in-line with the message of the brand you represent, and remember that sometimes, less is more.

Technology is constantly shaping the world around us. Marketing does not exist on a separate plane of reality, but it is worth remembering that changing too rapidly can actually push-away custom. Adapting increasingly means embracing a wide range of mediums, as opposed to flitting from platform to platform. It’s not just a matter of having an offline and an online prerogative. Having them work in-sync is what makes a successful campaign.

This guest post was written by Steven Shorter on behalf of www.cosineuk.com. For more information on Cosine, and opportunities to work in the field of marketing, visit www.cosineuk.com/join-us. 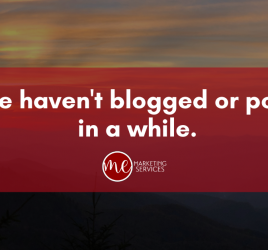 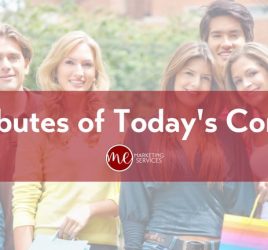 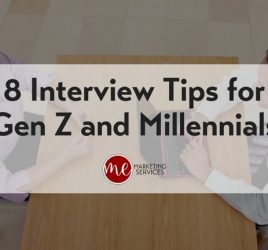