Ask Mandy Q&A: Why Should I Use Promoted Tweets?

I love Twitter, though the fast-paced short conversations are not for everyone. Whether you’re jazzed about marketing in 140 characters or not, if your market includes active Twitter users, you might want to check out Twitter’s promoted tweets.

This week’s Q&A question is,

What are and why should I use Promoted Tweets?

Promoted tweets are simply tweets that have been purchased by businesses who want to reach a wider group of users or to spark extra engagement from existing followers. Promoted tweets are labeled as “promoted” when they are activated. Even with the label, the promoted tweet acts just like a regular tweet and can be retweeted, replied to, favorited and more.

I love the possibilities available with promoted tweets. Here are six reasons you should use them –

1. You have four different routes to choose from:

2. Promote a Tweet to show up in the feeds of people watching a certain TV show.

This option is only available in the US and the UK right now. There are plans to add other countries. If your target audience loves Dr. Sheldon Cooper and watches Big Bang Theory, you can select “Big Bang Theory” and your tweet would only show up for those who tweet about or interact with the show. This option has SO much potential.

With the “Interests & Followers” option, you can target Twitter users who follow your competitor(s). This is a great option if you are just starting out or know people have been unhappy with that business and you want to let them you are in business.

6. There are TONS of targeting options.

Not only can you go with one of the four routes above, you can also target your tweet to:

As with any other social advertising, you get a full analytics report showing how many people saw, clicked, retweeted, etc., so you know how the promoted tweet performed.

Have you tried promoted Tweets ? If so, how did it go?

You Ask, We Answer Episode 5: Is Print Advertising Still Worth It? 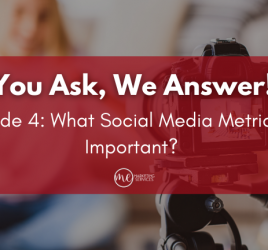 You Ask, We Answer Episode 4: What Social Media Metrics are Important? 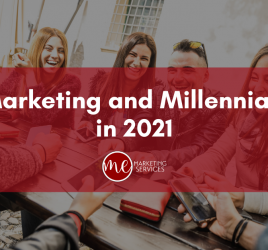 Marketing and Millennials in 2021